Statues, pictures, icons of Christ the King exist. Invariably, you’ll find him with the trappings of power proper of a medieval king: royal red robes, a crown, a scepter. There are versions of him also seated on a golden throne holding an orb.

Don’t worry too much if you haven’t seen one. Unless your parish church is dedicated to Christ the King, you might be hard put to find one. Crosses and crucifixes are the far more identifiable symbols of Christ and what he stands for.

It could also indicate though that true power goes beyond robes, scepters, crowns and thrones. I kind of drew this insight from Pope Francis’ prayer for the just recently concluded Year of Mercy. Of Jesus, he prays: ”You are the visible face of the invisible Father, the God who manifests his power above all by forgiveness and mercy.” 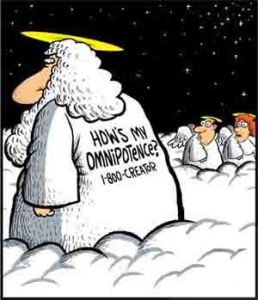 Omnipotence is an essential attribute predicated to divinity, and for many, it is THE attribute defining divinity. The God of the bible is not any different. The first two chapters of Genesis are a celebration of power without limits. Worlds tumbled out of his hands at his mere word. Countless stars and planets stay in line according to laws he established. Parting seas, raining fire and brimstone, summoning plagues, these too are exercises of power. Yet, while these are awesome displays of divine power, they are not yet its ultimate expression.

It actually takes more effort, and therefore more power, to hold back, than to unleash what one is really capable of. In other words, using power is easy. Knowing how, when or whether to use it at all requires greater power. Thus, when God relents of his punishment for Israel’s idolatry, it was not a sign of weakness, of hesitation or indecision. It was pushing the envelope of power further … it would have been easier to quash them like bugs or swat them like flies.

In the Garden of Gethsemani, Jesus could have called on 12 legions of angels to his defense, as per Matthew’s account. He did not. He really could have come down from the cross to settle scores with those hecklers. He did not. To hold back, when one is perfectly capable of acting, untrammeled by any limit shows even more power. Mercy, therefore, is the ultimate display of power. It should not come as a surprise to us that the 3 o’clock prayer ends with the invocation “Jesus, King of Mercy. I trust in Thee.”

The same is true for us. It appears to be counter-intuitive, but when you really think about it, mercy is the virtue of the powerful. While it might be a stretch, an image that comes to my mind is a scene from the movie “Gladiator,” when Maximus stands over a defeated gladiator, and against the will of the crowd and the Emperor, spares his opponent’s life. It earns him the epithet “Maximus the Merciful” – and proves himself more powerful than the emperor. It is easier to get back, to humiliate, to punish, to give what is coming to those who offend us. It takes more strength and therefore more power to forgive, to be merciful.

Not only is mercy an exercise of power. It is also when we are merciful when we most closely resemble God … and truest to our nature as his image and likeness. Our share in Christ’s third munus as king could very well be an invitation for us to be instruments of his mercy. The same mercy and compassion he has touched us with in this Eucharist.

When we are merciful … we most closely resemble God.